Two Worlds & Three Worlds Series
In 2005 I was asked to do a photo report for a book.  I remember I therefore tested different film types (colour and black & white) because I wanted at that time to stay as far as possible away from digital photography. Maybe because of the high price range good digital camera's costed but surely because I had a struggle to make nice pictures with them because at that time they were not good in high ISO values. Unintentionally I loaded a B&W film that was apparently already exposed  in the camera and after developing I did get a strange but astonishing result.
Later it became a experimental way of working. From time to time I loaded films on different places to rewind them and start all over again somewhere else. At the beach, in the city, by night in the forest always striving to find a different approach because the analogue photography makes you experiment.  So, during 15 years now I'm making several series of films, I did expose more than one time on completely different locations and on different day and nighttimes. I sometimes let them ripe and wait for development for years till I suddenly want to see some of the results. Or I develop them immediately and put the negative in the photo enlarger to find to my own surprise some strange compositions.
Here you see some of the results: 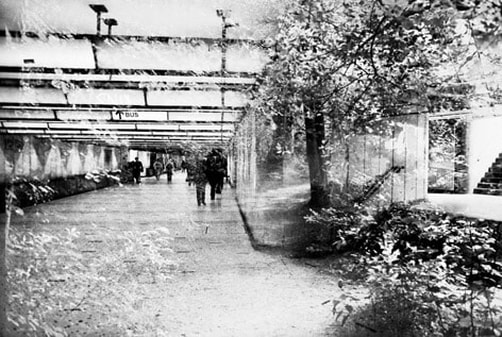 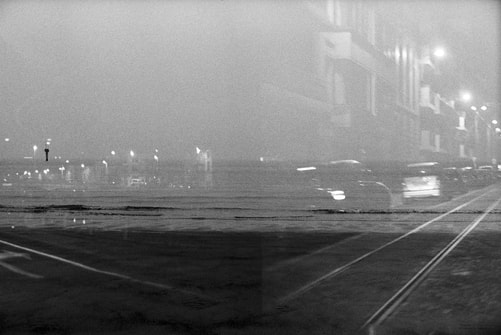 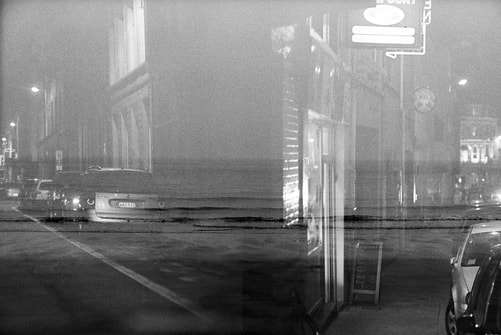 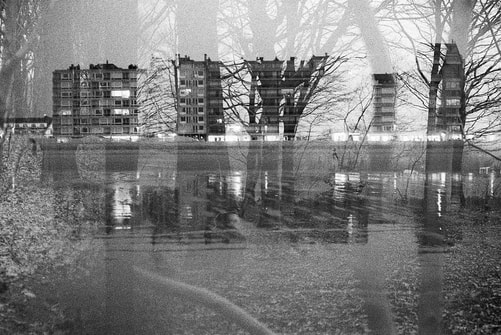 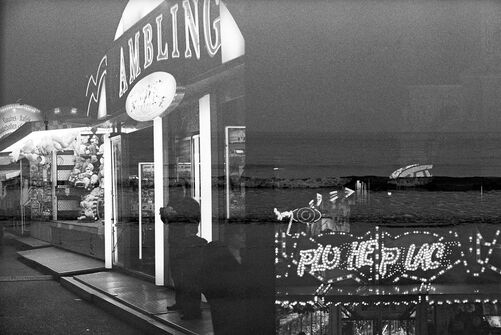 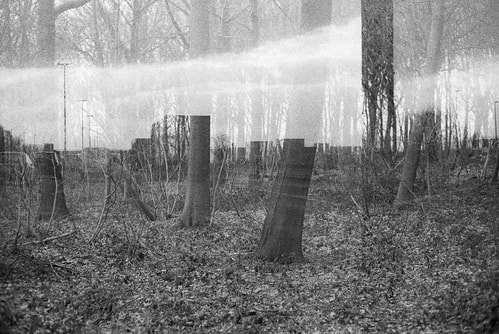 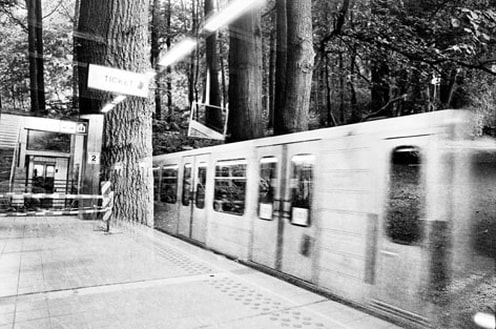 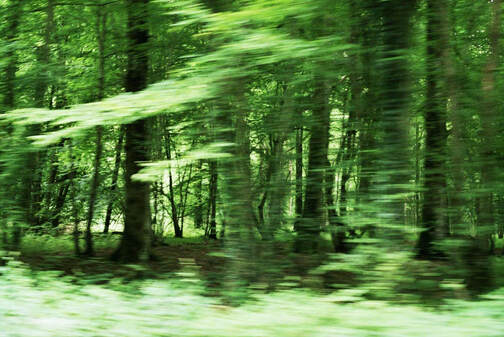 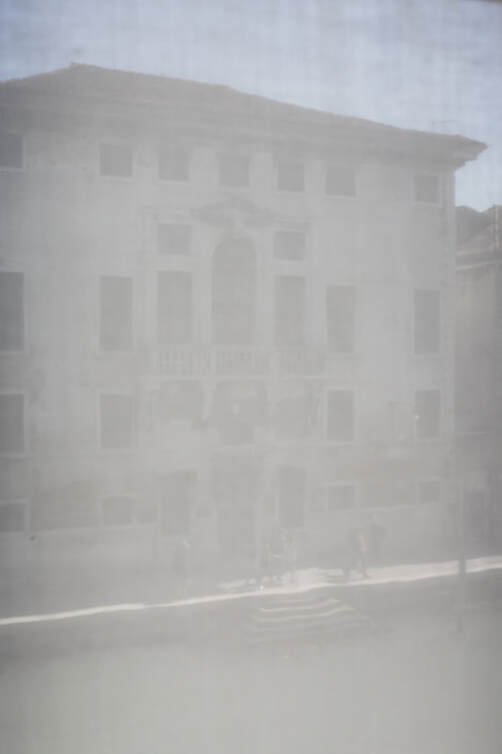